Adding a Video Element to a Creative Story Composition

Recently I added a video element to the Creative Story Compositions, FaLaLaLaLa and Fall Fun. I will be adding this element to all the creative story compositions later this month.

Last week at Christmas camp I was able to try the new video element with my students and they turned out so cute! I had 4 different groups. I explained to each group that we would be creating a Christmas story, round robin style. I then took each page from FaLaLaLaLa, cut the top half so just the picture scene was showing, numbered them on the back and laminated them. 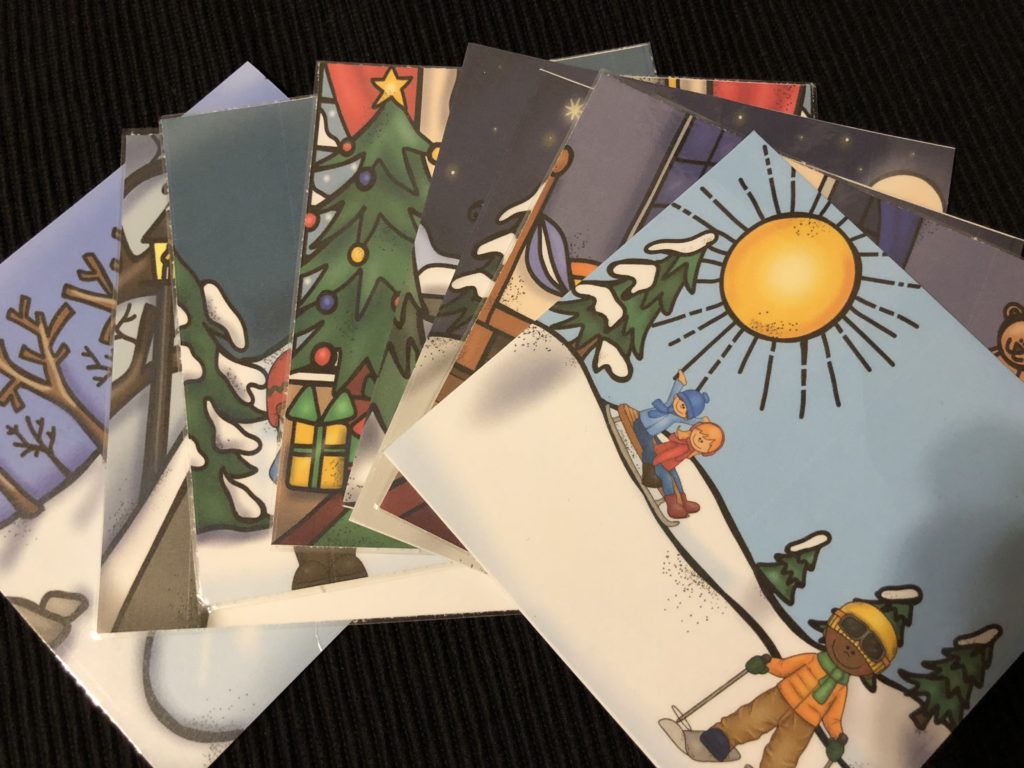 I then passed out the picture scenes to each student. Some students had two each, some had one. (There are 8 scenes)

The student with the first scene would begin their story with just 1-2 sentences and then the next student would take over and so on. I had students write down their story because I wanted to record them saying their narration aloud for the video.

Once they figured out what each scene should sound like, I then recorded their sounds and music.

Just a side note: I used voice memos on my iPhone to record everything. Because I would see them the following week, I knew I would have time after camp to pull the recordings and video into iMovie and combine everything for them view later. I also used this lavalier mic that plugs into my phone so the audio was better quality. (affiliate link)

You can easily do all this “live” not worrying about recording anything. I just thought it would be fun to record so we can share it with their parents later.

I went ahead and pulled all 4 videos together so you can see what each group did.

Other creative story compositions are available: